On December 24, 2019, the High-level People's Court in Ho Chi Minh City (HCMC) conducted an appellate trial of commercial business case No. 38/2019/TLPT-KDTM dated June 21, 2019 on "Disputes on Intellectual Property Rights and Request for Cancellation of a Particular Decision [of the National Office of Intellectual property – the NOIP] ” because the First-instance judgment No. 1530/2018/KDTM-ST of May 3, 2018 of the People's Court in HCMC was appealed.

Case summary is as follows: 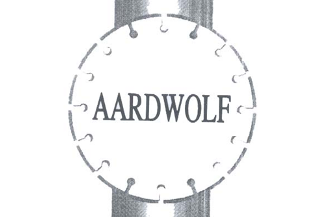 On September 26, 2005, through his Ambys legal representative, Hergraph filed a petition to the NOIP for opposing STC’s application No. 4-2003-01139 on the ground that this mark was filed in bad faith.

On January 20, 2014 the NOIP sent to Aardwolf official correspondence  No. 478/SHTT-NH2 declaring that as the 3 month time limit expired  but the NOIP has not received any notification from Aardwolf about the court’s  settlement or decision regarding Aardwolf’s opposition, so the petition filed by Hergraph (the successor of Aardwolf) to NOIP to oppose the registration of the trademark "Aardwolf, figure" was automatically considered withdrawn.  As a result, on 29/12/2017, by its decision No.93658/QD-SHTT, the NOIP granted registration certificate No.293941 to register the trademark "Aardwolf, figure" for the STC.

Aardwolf initiated a lawsuit to the HCMC People's Court to ask the court: (i) to order STC to withdraw its application No. 4-2003-01139" for registration of the mark "Aardwolf, figure” that was filed with NOIP on February 24, 2003 on the ground that STC was dishonest when filing, and (ii) to declare the NOIP's particular decision No.93658/QD-SHTT on granting trademark registration No. 293941 for "Aardwolf, figure" under the name of STC invalid.  Aardwolf presented his argument as follows:

Mr. James Edmund Corbett (Mr. James) was the owner of the Wolf Industry One Member Ltd (Aardwolf) who together with his brother Nguyen Nhan Hoa (Mr.Hoa) founded the company named Abaco Machines Pty Ltd in 1995 in Australia.  Due to disagreements in doing business, Mr. James sold his shares in Abaco Machines Pty to Mr. Hoa.  After that Mr. James established  a new company called Abaco Equipment Pty Ltd to continue his business.  Since they have become competitors of each other, Mr. James on January 28, 2003 registered another trade name "Aardwolf" in Australia and filed an application for registration of trademark "Aardwolf" in Australia on February 26, 2003 through the legal entity named Hergraph.  Hergraph alleged that the NOIP has acted improperly when knowing the dispute in question was being handled by the court but still issued Decision No.93658/QD-SHTT to grant the trademark registration for STC.

Objecting the plaintiff’s arguments, STC counter-argued as follows:  Mr. Hoa (the owner of STC) and Mr. James established Abaco Machines Pty Ltd in Australia in 1995 and they registered trademark "Abaco Machines" in Australia, the United States and Vietnam. Mr. James in 2001 sold the shares in the company to Mr. Hoa and since then they become competitors to each other.  Mr. James in 2002 established his own company called Abaco Equipment Pty Ltd  to compete with Abaco Machines Pty Ltd of Mr. Hoa.  To prevent the trademark “Abaco Machines” from being affected by unfair competition from Mr. James,  Mr. Hoa chose an another trademark to be registered  in Vietnam called "Aardwolf" and filed to NOIP the application No. 4-2003-01139 for the trademark "Aardwolf, figure” on February 24, 2003.

This filing fully complies with the provisions of subparagraphs (a), (b), (c) and (d), paragraph 2 of Article 14, Article 15 and in accordance with Article 16 of the Government Decree No.63/CP dated 24/10/1996 on “the first-to-file” rule,  which writes: " If there are two or more applicants applying for the protection of the same invention, or industrial design or trademark, the protection title shall only be granted with respect to the valid application with the earliest date of priority or filing date among the applications that satisfy all the conditions for the issue of a protection title ... ". The STC has the earlier filing date, namely February 24, 2003, so it must be granted the registration certificate (it is earlier than the priority date February 26, 2003 that Mr. James's application enjoyed in accordance with Article 4 (c) of the Paris Convention). The plaintiff was unable to prove his use of the trademark "Aardwolf" in Vietnam before February 24, 2003; trade name "Aardwolf"  that was said being registered in Australia, if occurred, of Mr. James  is not eligible for enjoying priority  in registering  trademark in Vietnam. And the "Aardwolf" word exists in the English dictionary, it has the meaning, not the word which was created by Mr. James, so anyone has the right to use it to register as a trademark. In addition, in relation to the handling of third party's opinions before issuing a protection title, NOIP has complied with Point 6 of Circular 01/2007/ TT-BKHCN by fixing 03-month time limit for Aardwolf to file a lawsuit against the STC’s application for the registration of the mark "Aardwolf, figure", but Aardwolf failed to implement this right therefore his petition was considered withdrawn.

The People’s Court in HCMC accepted STC's counter-argument and on May 03, 2018 declared to reject the plaintiff’s claim to ask the court cancel particular decision No.93658/QĐ-SHTT of the NOIP on granting the trademark registration certificate No. 293941 for trademark "Aardwolf, figure" under the name of STC.

On May 8, 2018, the plaintiff appealed the entire first instance verdict.

On December 24, 2019, the High-level  People's Court in HCMC conducted an appellate trial of the case. The representative of the NOIP,  as a person with related rights and obligations, was  also summoned to the court. The trial panel assessed that  the NOIP’s decisions have been issued in the correct order, procedures and competence according to the provisions of the IP and relevant laws, thus upholding the first-instance judgment .