“SPORTDIRECT.com” is accepted for registration in its entirety for services of Class 35

“SPORTDIRECT.com” of application 4-2013-07877 for services in Class 35 was rejected by the NOIP on the grounds of descriptiveness and indistinctiveness as prescribed in Article 74.2.c) of the IP Law.

Applied-for mark “SPORTDIRECT.com” of application 4-2013-07877 under the name of Sportsdirect.com Retail Limited for services of “online retail sale of sportswear, parts and accessories for the above products, index books to record information related to exercise training, foods containing drugs for sports players, cold cream to treat sport injuries" in Class 35 was rejected by the NOIP on the grounds that  the applied-for mark is descriptive and  indistinctive as prescribed in Article 74.2.c) of the IP Law. 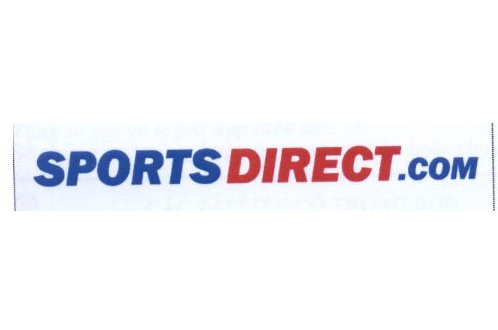 On behalf of the applicant, Pham & Associates appealed (as the first time) against the NOIP’s decision on refusal of  mark registration, arguing that:

- The sign "SPORTDIRECT.com" does not describe the services sought for registration: According to the English - Vietnamese dictionary, "Sport" means "the thao” (sport in general), “mon the thao” (sports), “cuoc gap go de thi dau dien kinh”  (a meeting for [physical] competition); "Direct" means "gui (thu, buu pham)” (direct a letter, envelope), “huong vao, nham vao” (to aim, direct  sth at/to/toward), “chi thi” (to control or organize how a person or group of people does something), “truc tiep” (involving only the two people or things mentioned and with no one or nothing else coming in between). Although the words "Sport" and "Direct" may be regarded as relating to services in Class 35 that the trademark sought for registration. However, in general, the word combination "SPORTDIRECT" has absolutely no meaning, in both English and Vietnamese. Therefore, it cannot be said that this word combination, as a trademark, is descriptive, at most it can only be considered to suggest or refer to the products /services bearing the trademark in question.

In its Decision No.3327/QD-SHTT dated September 21, 2018 on settlement of the appeal, the NOIP rejected the above argument, saying that:  in the applied-for trademark, the main factor "SPORTDIRECT" will cause an association with or is descriptive of the products/services of which registration is sought; the remaining factor  ".com" is indistinctive; when seeing "SPORTDIRECT.com" the majority of the Vietnamese will think this relates to sport.

Disagreeing with the NOIP's conclusion, Sportsdirect.com Retail Limited appealed (as the second time) against the above Decision No. 3327 / QD-SHTT of the NOIP to the Minister of Science and Technology (MoST). In his second appeal the applicant has also requested the NOIP to protect the trademark "SPORTDIRECT.com" in its entirety as shown, no protection for "SPORT", "DIRECT" and ".com" when standing alone.

In his Decision No.1601/ QD-BKHCN dated June 15, 2020 on resolving the appeal, the MoST Minister decided as follows: (i) Rejecting the appeal of Sportsdirect.com Retail Limited, (ii) requesting the NOIP to reconsider the possibility of protecting the trademark "SPORTDIRECT.com" as a whole as proposed by the appellant, and (iii) if the appellant holds the MoST Minister’s decision contrary to the law, he can initiate a lawsuit to administrative court.

In compliance with the MoST Minister’s decision the NOIP reviewed carefully the case and held  that the applied-for trademark is a word mark, is represented in block capitals with the component "SPORT" in blue and the component "DIRECT" in red, the component '.com' in lower case; as it’s not a common presentation in overall can be distintive. For that reason NOIP does not apply points b), c) clause 2 of  Article 74 of the IP Law to refuse registration of the mark.

On July 23, 2020 the NOIP issued Decision No. 2857/QĐ-SHTT to revoke its previous decisions and to proceed to registration for the trademark “SPORTDIRECT.com” in its entirely as shown, no protection for “SPORT”, “DIRECT “ and “.com”.when standing alone./.